In the modern era, professional workers require many tools. Electricians and carpenters, as well as many other people who were once responsible for doing many major tasks with minor tools, are now able to perform the same tasks and in fact some even difficult ones in the easiest of ways through the versatility and variety of tools available today in the market.

However, getting good tools is quite difficult because you have so much choice with so many variations in customer reviews that you never know which one is surely the best and which one is going to be a problem or bother for you.

Get the best of variable speed die grinders by reading the following review on the Top 5 Variable Speed Die Grinders in 2018 which is based on carefully selected and verified customer reviews.

The Makita GD0800C 1/4-Inch Die Grinder is one of the bestsellers in the market. Having a 6.6 amp motor means you have the maximum performance for all sorts of heavy die grinding work. Many of you might be worried that a huge motor may cause overload or even burn the tool. However, you don’t need to worry because it comes with an electronic speed control which maintains constant speed under load. There is an internal labyrinth construction which truly prevents the grinder’s small components from rust and dust.

There is a super joint system known as SJS which helps in preventing the gear damage. This is usually caused by accidental wheel binding. With variable speed control dial, you can have the speed according to your own limits. There is a soft startup feature so that there is no overload again.

The entire package includes Makita GD0800C 6.6 AMP 1/4-Inch SJS Die Grinder, 1/4-inch collet, wrenches, and side handle. The company gives an amazing warranty policy as well in the form of 30-days money back guarantee and a 1-year warranty.

The Metabo GE710 Compact 13000 to 34000 Rpm 6.4-Amp Die Grinder Compact Variable Speed is yet again another great tool by one of the best manufacturers of electronic tool and equipment. There is an electronic safety shutdown feature as well. This means that in case your motor jams, the tool will stop automatically and cause you no bother at all. The variable speed option is available and you can adjust the speed between 13000-34000 RPM easily. This high RPM is only possible due to the great motor of 6.4 amp.

There is a thermal overload protection so that your tool lasts long and there is maximum reliance. There are Auto-stop carbon brushes as well. For precise concentricity of tools in use, there is hardened and ground collet chuck for you as well. The customers have really liked this one and stated that they found this specific die grinder to be powerful in work and the variable speed option helped them a lot in getting the right speed for the right applications.

Metabo produces one of the best tools and accessories which is designed beautifully and manufactured to outperform the mass merchandised brands and mass produced typically sold at retailers. All Metabo tools are offered with some special technology. Metabo GE 710 plus comes up with variable speed and its maximum power is 710 watts.

Its chuck size is ¼ which can be used in tight places easily and provides you thermal overload protection. From 10000 to 30500 RPM speed Metabo GE 710 plus allows you to finish your work quickly. Its dimension is 13.8 x 2 x 2 inches and weight is only 5.3 pounds which is easy to carry. This machine provides more power for the toughest applications.

For the trade industry where tools matter a lot and are used for great works, for that purpose we suggestion Bosch DG490CE which provides you the most innovative professional powerful tools with durability.

Its quality and design is outstanding and helps you in achieving a good result. Bosch comes up with variable speed and helps you in each application. With On/Off Slide Switch You can easily lock on tool for extended applications. Customers liked it because it gives a good work in no time with the least possible fatigue to the user.

The Flex L3410VRG 5-Inch Compact High-Performance Variable Speed Grinder is the last in our list only because it is a company which has not been into the market for too long. Many people are scared to waste their money on the new stuff but this tool is really worth your money. Variable speed and excellent power are there which is considered to be ideal for grinding, roughing, cutting, deburring and removal of rust as well.

It is a compact die grinder which is basically used for small to medium tasks. There is a no load speed of 3000-11000 RPM. You have several different features such as consistent speed maintenance, soft start for overload protection, restart protection after a power interruption to keep the tool safe and also you have a temperature monitor. Many of these features are not found in the other tools. 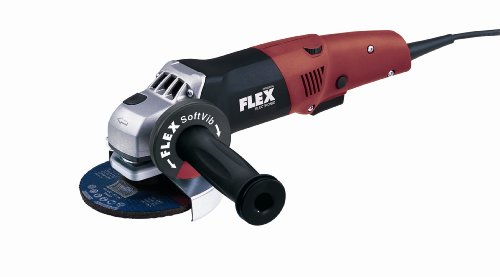 The above-mentioned review is a brief analysis of the 5 products we chose as the top 5 variable speed die grinders in 2018. If you like them, do leave us with a feedback.

Our website is made possible by displaying online advertisements to our visitors. Please consider supporting us by disabling your ad blocker.